I’m seeing this rendition of the Dawkins Scale going around on social media. 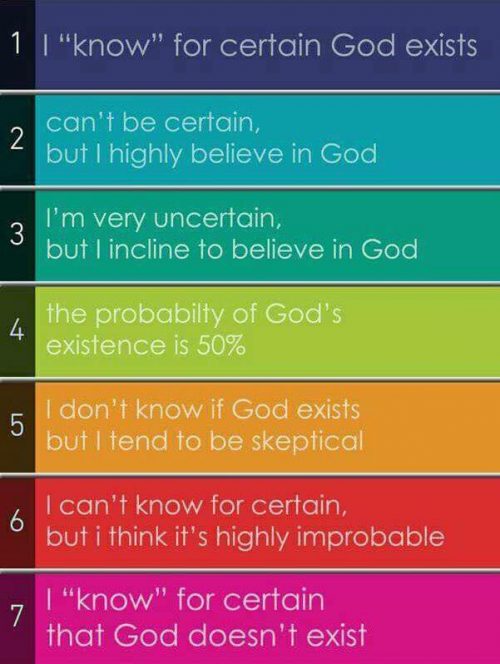 What I find most amusing is all the people saying that they’re a 6, and that anyone who is a 1 or a 7 is an idiot. It’s amusing because I’m a 7.

Here’s the deal: the “god” we’re debating here is this amorphous, poorly defined thing that is floating around in people’s heads, often with a collection of inconsistent, incoherent associations tied to it. Before you ask me whether I believe in it, you had better tell me specifically what you mean and not rely on a set of variable cultural assumptions.

It’s like you’re asking me whether I believe in new Shimmer, and when I ask what it is, you tell me it’s a dessert topping. It’s a floor wax! No, it’s both a dessert topping and a floor wax, and it’s also three things that are one, and it’s the omnipotent ruler of the universe, and it’s afraid of iron chariots, and it thinks you deserve to burn in hell, but it loves you very much!

I’m just going to tell you to sober up, get your act together, and give me a clear and coherent definition of what you’re talking about, and then maybe I’ll be able to decide whether I believe in it or not. Until then, I’m a 7, and you’re just blithering bullshit with a wacky notion with loads of contradictions that you’re trying to conceal by reducing it to a 3-letter word.

I have to criticize this claim that YOU A-B-S-O-L-U-T-E-L-Y NEED A PERSONAL WEBSITE AS A SCIENTIST, because it’s wrong. You don’t.

So, you need a personal website. Why? Because you need to stand out. Because you need to have a consistent presence when you change employers. Because the university profile isn’t sufficiently yours, and an academic networking site is too closed off. Because it gives you the opportunity to learn to communicate to a wide variety of audiences, including your peers.

I’m on a university committee engaged in a job search. I’m a web nerd, and I didn’t do a single search to see if any of our candidates have a website. It wouldn’t matter if they do. My fellow committee members would look at me funny if I tried to suggest that Candidate X was particularly enticing because they had a website. We look at their CV, teaching statement, research plans, and recommendations…not what they say about themselves on the web. Get real: maintaining a web site takes time and effort, and we’d rather see that potential colleagues are doing good work in the classroom and the lab. It’s a matter of priorities, and “personal website” is very low on the list.

That said, however, a web presence is important for public outreach and communication. If public engagement is one of the criteria for a science position, not having some sort of actively maintained web presence is definitely a failure. There aren’t that many jobs that have that criterion, however. You could argue that we need to get better at reaching out to an electorate that keeps putting anti-science ignoramuses into high office, but that does not imply that everyone needs to become a PR expert. People who can inspire students and can generate new knowledge are still essential. 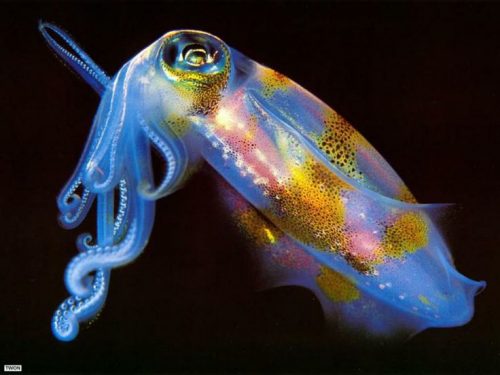 Well. You know that #NotAllMen hashtag? Somebody quantified it to find out exactly how many men, and the results are not encouraging.

The research group asked over 1,000 Americans “What do you think counts as sexual harassment?” in an online survey. They were told to select all that apply.

The survey found that 91 percent of women and 83 percent of men thought “being forced to do something sexual” fit the bill.

If that doesn’t count as sexual harassment, what does? Who are the 17 percent of men and 9 percent of women who don’t agree?

So…1 in 6 of your male friends think they can find an excuse for forcing themselves sexually on a woman, and 1 in 4 think that sending a dick pic is not harassment. So it’s true, it’s not all men, but it’s also not just a couple of nasty felons hanging out in a dark alley — it could be 80 million ordinary, ignorant, selfish American men.