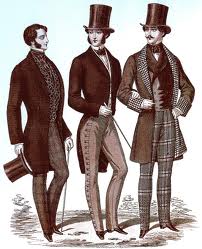 Actually, the Rules for Gentlemen are the same as they’ve always been, but unfortunately, there has been one major change: all the get-out-of-jail-free cards have been cancelled. Rendered null and void. Deleted. They aren’t making any more. If you try waving one, it’ll just make you look more corrupt — what made you ever think you deserved an exemption?

So I’m going to be specific. We don’t get to make these excuses ever again.

Got it, gentlemen? Pull out your wallet and dump out all those cards granting you exemptions, splash them with a wee bit of your whisky, and set them on fire. You can sit back and sip the remainder of the bottle while weeping — that’s fine. You probably feel naked and vulnerable now, just like everyone else. It’s extremely uncomfortable.

Maybe we can start from scratch and build more equitable principles for dealing with others that gives all of us some protection.

We have a new house! Kinda sorta. » « Really, it’s not that difficult