It’s another mass resignation: the President’s Committee on the Arts & Humanities has just dumped Trump in an excellent “Dear Donald John” letter. 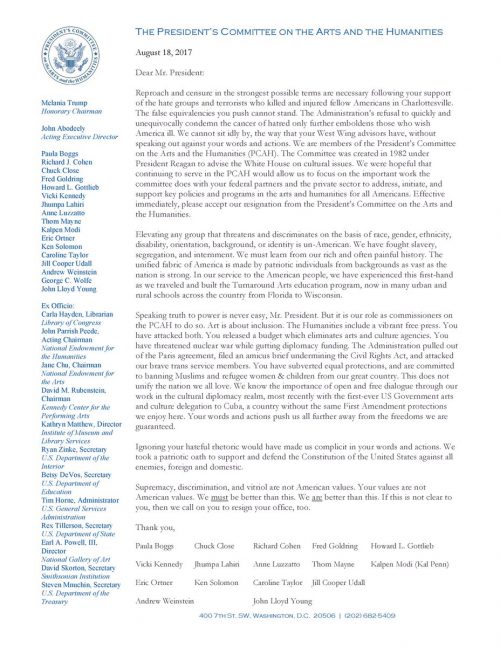