Mens Rights Pakistan is excited about the potential of the development of an artificial womb. For those who haven’t been following this development, researchers have developed a system for keeping prematurely born mammals alive in a fluid filled sac. It’s been tested on sheep, and they’ve got little lambs living inside this ‘biobag’ for the last month of gestation. 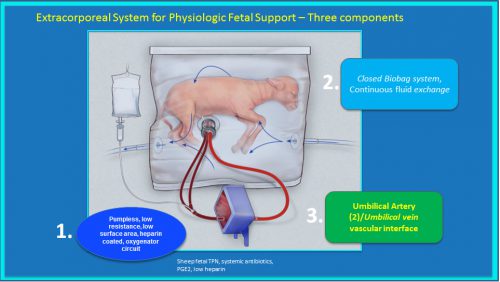 When I heard about this, the last thing on my mind was to wonder what anti-feminists woud think about reproductive biotechnology, but they’re quite vocal and have strong opinions. They’re for ’em. Not for the reasons I approve, though.

Artificial womb is coming and human fetuses will be grown in artificial wombs. Now where does religion stand on this is of course up to the respective religion’s guardians. However, I would like to point out something that this technology can help save a lot of babies from abortion. Here at anti-feminism pakistan, we are unequivocally anti abortion, pro adoption and libertarian in our approach towards social
commentary.

OK! Thank you for your clarity! They don’t like women, but they also hate abortion. It’s amazing how often those two opinions come together.

The first question that will come before pro-abortion Pakistanis whether they belong to Islam or any other minority religion or are averse to religion like atheists, is that if fetuses can be saved with this technology is their argument for choice to kill babies still about betterment of the society through avoiding birth of human beings who are predicted to have significantly worse quality of life and indulge in criminality or just an escape for women from consequences of their action?

Clarity…fading. But they seem to have decided that there are only two reasons for abortion: women are choosing to abort fetuses that they think will become criminals (how do they know?) as a kind of informal eugenics, or they’re just hedonists who won’t accept the natural product of their lusts.

I don’t think any women get abortions for the bizarre reason of the “betterment of society”. It’s a personal choice.

Children are a huge commitment, and they can constrain a woman’s life a great deal. Women get abortions because they plan their families, which means that they don’t want children. That’s OK. MRAs don’t seem to be very interested in supporting children either.

But this artificial womb doesn’t really impinge on the abortion debate at all, anyway. It’s a technology that will allow for better survival of premature babies, for families that want children. It’s only going to be useful in the last month or two of a pregnancy when the only time an abortion occurs is when severe life-threatening disease is present, or the fetus is so abnormal that it has no chance to live. The biobag does not save those fetuses.

The second question that I would like to ask strict traditionalists is whether their argument for protection of women still hold when a part of their traditional role is taken over by a machine? Now let it be said, I am not saying that women have no other role beside bearing the baby, as countless research has shown that a child with both father and mother in his/her life ends up doing much better than a child without either one or both. However, think about it. Why should a man provide for and protect a woman who can circumvent a supposed difficult part of her life?

Again, the artificial womb is not a technique for allowing a woman to circumvent the last month of pregnancy with elective surgery. It is not a strategy for replacing parental roles, traditional or otherwise. Are you stupid or something?

Also, maybe you should get over this notion a woman is someone you “provide for and protect”. Start thinking about respectful partnerships, instead. It’ll change your life for the better!

The third question is a more of a conjecture on my part, I wonder if artificial womb can be the death knell for the concept of ‘Mamta’ which can loosely be defined as the kind of love mothers have for their babies. If they do not experience the growth of the baby inside of them, is the baby anymore even hers beyond the obvious biological DNA provision.

I know it’s hard for you to think outside your biases, but try this. Men do not get pregnant at all, generally; they do not have babies growing inside them. What kind of hissy fit would you throw if someone said your children aren’t even yours, beyond the obvious biological DNA provision? Are you really trying to argue that a father’s love can’t exist, in an attempt to deny maternal love?

The final question is, can this be the ultimate in male emancipation?

It’s just getting juicy and weird, and he plops this question out and doesn’t follow through! No fair!

The answer is…no. MRAs already treat women as biobags, so this technology doesn’t change a thing.