One of the worst fates to befall an idea is that it becomes an ideal. We argue against this when the ideal is a deity; ever notice how defenders of religion like to fall back on the argument that they’re helping people, that they inspire high sentiments, that they’ve supported arts and music, etc.? I agree with all that. My problem is when they bring in their invisible, unquestionable god as an authority (who must be addressed through the medium of his priests, of course), and suddenly we’re dealing with an idol who is, by definition, perfect, and all argument is shut down by fiat. Yeah, maybe the church is a bit exploitive, but JESUS LOVES YOU, so sit down, shut up, here’s the donation plate, and you’re going to Hell if you don’t love him back.

And by “love him back”, I mean support child-raping priests, preach the prosperity gospel, and burn that witch over there.

We are constantly asked to pretend that sordid realities don’t exist, in the name of the Lord. The servants of the church may be subject to human frailties, but keep your eyes on the perfection of the ideal, on paradise and the imagined flawless reification of the gods. It’s an old game, but it works. Humans are often quite ready to overlook overwhelmingly horrid situations if it’s done in the name of a beautiful concept — we’re used to suppressing our decency out of loyalty to a beautiful higher cause. Concentration camp guards enisted to serve the dream of Volk and Vaterland; brutal abuse of people who weren’t part of the dream were a small price to pay. Crusaders murdered and raped their way across the Holy Land in the cause of liberating Jesus’ home for Christendom. Americans vote to deregulate coal and oil extraction so they can work in dirty, dangerous jobs because Capitalism has taught them that jobs are important, and that tax breaks to plutocrats are a small price to pay to keep the dehumanizing machinery running.

And some people will allow people to suffer a lifetime of untreated syphilis in the name of the sacred Scientific Method. Some have their idealized vision of a future rational world where the variables are all flattened out, the control group cheerfully meets their fate, and the experimentals regard the electrode, the poison, the deprivation, the hallucinations, the sterilizations, the radiation burns, as a small price to pay for Progress.

Yeah, Science gets deified, too.

None of that is true. Not one word.

Science is universal…if you are wealthy enough to get the education you need to understand it.

Science is international…except for those cases where competition is whipped up to drive investment (space race, anyone?), or we are driven to keep technology out of the hands of countries we don’t like.

Science is inclusive…except that it isn’t. It’s expensive and difficult and access is restricted.

Science is nonpartisan and apolitical…hah. Lamar Smith. Scott Pruitt. Donald Trump. How out of touch can you be?

Science is a-gender, a-race, & a-ideological…the only people I’ve ever heard claim that are the kinds of people who complain about “identity politics” with a straight face. Identitatarianism is an alt-right, racist affliction.

Shermer is now trying to defend his fantasy by claiming that I was tweeting about an ideal we should strive for. That’s nice. If we haven’t met that ideal, shouldn’t we be addressing our shortcomings? And what definition of “strive” are you using that says we ought to be silent about disparities and failings and not march to oppose them?

An ideal is not a reality, and swiftly swapping in a nonexistent ideal when confronted with real problems does not make the problems go away.

And then there’s this appalling piece of theater:

Yesterday I hosted the theoretical physicist and popular science writer Lawrence Krauss for our Science Salon series and we were asked our thoughts on the March for Science by an audience member who had been following the Twitter-Storm over my tweet. Given that Krauss has worked in academia his entire career, including being involved in the hiring process of physicists, I asked him why people seem to think that science still excludes women and minorities (and others) when, in fact, it is peopled by professors who are almost entirely liberals who fully embrace the principles of inclusion (and the laws regarding affirmative action). Are we to believe that all these liberal academics, when behind closed doors, privately believe that women and minorities can’t cut it in science and so they continue to mostly hire only white men?

Krauss was unequivocal in his response. Absolutely not. There has never been a better time to be a woman in science, he explained, elaborating that at his university, Arizona State University, not only does the student body perfectly reflect the demographics of the state of Arizona, the President of ASU has mandated that if two candidates are equally qualified for a professorship, one a man and the other a woman, the woman should be selected for the job. Full stop.

Holy crap! Two white men have declared that the problems of sexism and racism have disappeared from the academy! High five!

What? No high five? I’m sure these guys will give that demonstration a standing ovation. 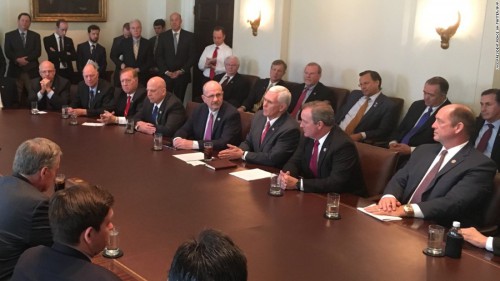 It’s made exceptionally ironic because these two men have…unfortunate…histories. Shermer, as is well known, has an unsavory reputation at conferences, and even tried to sue me for exposing his behavior. Krauss seems to think there’s nothing wrong with Jeffrey Epstein, the wealthy convicted sex offender; Krauss has even bizarrely used science to defend him.

“If anything, the unfortunate period he suffered has caused him to really think about what he wants to do with his money and his time, and support knowledge,” says Krauss. “Jeffrey has surrounded himself with beautiful women and young women but they’re not as young as the ones that were claimed. As a scientist I always judge things on empirical evidence and he always has women ages 19 to 23 around him, but I’ve never seen anything else, so as a scientist, my presumption is that whatever the problems were I would believe him over other people.” Though colleagues have criticized him over his relationship with Epstein, Krauss insists, “I don’t feel tarnished in any way by my relationship with Jeffrey; I feel raised by it.”

Oh god. Yes, that’s exactly the kind of person I want defending the ideals of science. It’s all right! He’s buying young women, but they’re not that young!

I have to explain that while academics are largely liberal, they are also people, and mostly white people at that, and often mostly men. People, it turns out, are flawed. We can have ideals (that word again!), but we rarely live up them, and we have to struggle to compensate by imposing policies to consciously compel us to meet those ideals. Since Krauss has been on hiring committees, he knows that there are constraints placed on his impulses — we get training from human resources on our policies — every time! I’ve been on many hiring committees, and every time we get the same rules recited at us in the same lectures. Why all the repetition? Why all the rules? Because even liberal professors can be implicitly sexist and racist, and it takes hard work to correct your biases.

These policies do work to correct historical injustices — most universities are working hard at social justice to create a fair balance of women and minorities. As Krauss points out, correctly, Arizona has seen excellent steady progress in improving representation in their student body, which is impressive for a state that elected Jan Brewer and Joe Arpaio.

But the triumphal attitude is inappropriate. It may be true that there “has never been a better time to be a woman in science”, but that does not mean the problems have gone away — it only means that in recent history the treatment of women in science has been abysmal. I suggest that Dr Krauss read Paige Brown Jarreau, or perhaps this summary of top issues for women faculty in science and engineering. He’s sufficiently liberal that he’d probably agree with all of those concerns, while simultaneously suggesting that maybe we shouldn’t be so loud about bringing them up.

Two of them are women. I know I’m only a biologist so maybe my math skills aren’t up to snuff, but I think that’s about 6.5%. I rather doubt that that accurately reflects the demographics of Arizona.

That is not to criticize the faculty! They may be entirely enlightened and eager to improve faculty representation, but are simply the recipients of a long history of privilege and unfair investment in education. It’s OK. I would not be at all surprised if a majority were active in bringing attention to the inequities present in science, and think we ought to be bringing these problems to the attention of the public, and funding agencies, and political entities.

By the way, I laughed aloud at that declaration from the university president that “if two candidates are equally qualified for a professorship, one a man and the other a woman, the woman should be selected for the job.” It sounds good. It’s completely cosmetic, though. There has never in the history of science been two candidates competing for a science position who are equally qualified. Never. There are so many skills involved in these occupations that people can’t possibly be equal in all things, and some of the reasons one might offer a tenure position to someone are subjective. Taking a look at the literature on implicit bias would be a good idea.

“Most people intend to be fair,” Handelsman insisted. “If you ask them, ‘When you do this evaluation, are you planning to be fair?’ they will 100 percent say yes. But most of us carry these unconscious, implicit prejudices and biases that warp our evaluation of people or the work that they do.” The biases Handelsman is referring to are most readily measured in hiring studies, where hiring managers are asked to evaluate potential candidates for a job or a promotion. With astonishing reliability, the evaluators will assign higher scores to the exact same application if the name on the application is male versus female. These studies are “absolutely canonical” in the social psychology literature, and their results have remained shockingly consistent over the past four decades despite all of the social progress that this country has made.

Most universities have initiatives to attempt to correct, or at least make us aware, of theses biases; mine certainly does, and here’s Northwestern’s list of resources for faculty hiring.

For anyone to tout an administrator’s declaration as if it definitively ends the problem is embarrassingly naïve. Or a conscious attempt to diminish a serious issue.