Our neighborhood is infested with the savage beasts. Here’s one that I, mighty hunter, captured today. 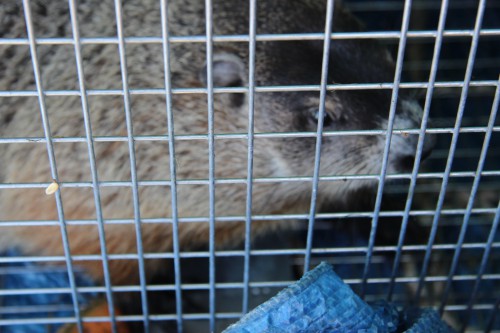 We took it for a little ride, and released it down by the river. 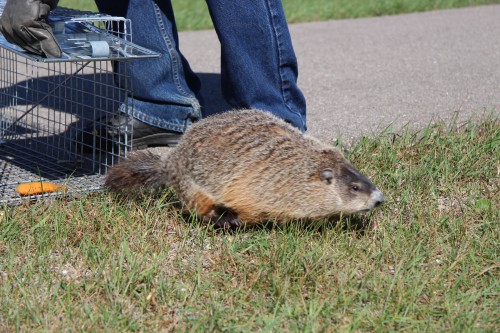 Action sequence! Watch its little butt as it scurries off into the underbrush.