“Well, Johnny, when a mommy squid and a daddy squid love each other very much…”

“But Mommy, did that one just bite the other one? And are those little bits of squid in the water?” 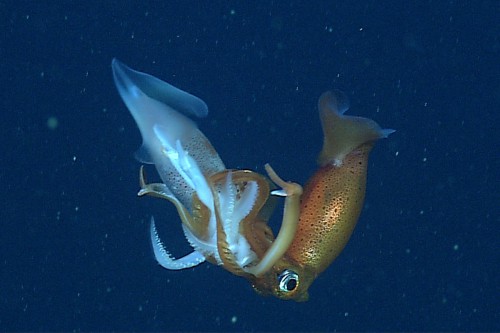