Here are two photos of the Minneapolis cityscape, one from the 21st century and one from 1970. Can you guess which is which? 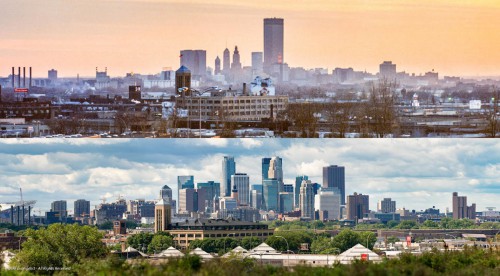 Some things do get better. Although I’m now disturbed by the realization that Mary Tyler Moore was throwing her hat up into such filthy air.

Krugman + Schneier + Cracked » « This is why I’m an atheist