I cannot do a facepalm big enough. 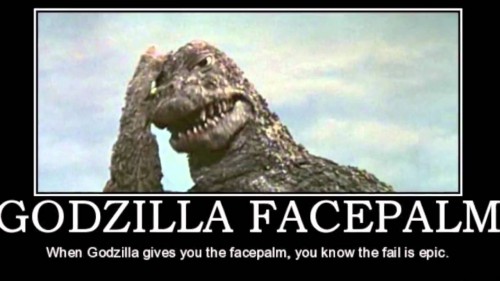 After that last post (and now that I’m home from Winnipeg), I discover that Richard Dawkins has joined in the chorus of right-wing loons, like Sarah Palin, accusing Ahmed Mohamed of some kind of nefarious scheme. Dawkins claims that the kid was lying and committing fraud and exaggerating his accomplishment…when last I heard, Mohamed had only said he put together some circuit boards in 20 minutes before school. What did Dawkins imagine, that he’d built his transistors from scratch, etched the circuit boards, and invented The Clock?

That this was some wild Wile E. Coyote scheme, where he’d ordered parts from Acme in a brilliantly convoluted plan to get invited to the White House?

People are noticing that self-proclaimed leaders of atheism are targeting a 14 year old boy — for being enthusiastic about electronics?

I’m fast learning why “movement” is a synonym for “shit”.

Humanity is ridiculous » « If Trump is going down, why not Ben Carson?