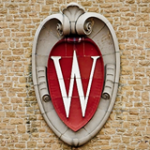 Many years ago, when I first hit the job market after completing a post-doc, I applied for positions at many universities…but my top choice was UW Madison. I didn’t think I had a chance, so I was thrilled when I actually got as far as landing an interview there. I didn’t get the job obviously, but I was happy to just get a shot at it (maybe too happy: I was so wound up, my interview went dismally).

If I were back in that same position today, though, the last place I’d apply to would be UW Madison. It’s still a great university, but I wonder for how much longer — the state seems committed to gutting it.

Lawmakers on the Legislature’s powerful budget committee trimmed Gov. Scott Walker’s proposed $300 million two-year funding cut to the University of Wisconsin System to $250 million, which if it stands would be tied for the largest cut in System history and would mark the fifth time in the last six budget cycles that the universities took a significant funding cut.

Of perhaps even more consequence, the committee approved significant changes to faculty tenure, removing it from state law, and to shared governance that would take away some decision-making power from faculty, students and staff and give more sway to campus chancellors and the UW System Board of Regents, who are appointed by the governor.

Oh, yeah: authoritarians who reject science are consolidating their control over the university, are trying to kill tenure and governance, and on the way, hey, let’s destroy their budget. The chancellors and regents, bean-counters who know nothing about academic priorities, claim they’re going to make local changes to restore tenure, are still going to have to deal with the power given the fuckers.

Meanwhile, one of the two longest and most detailed items in the bill, item 39, is basically a step-by-step guide for firing tenured faculty. The circumstances under which the Board can do this, per JFC’s wording, are essentially limitless: “a budget or program decision requiring program discontinuance, curtailment, modification, or redirection”. Look for the Legislature to direct the Board to make broader use of these powers in the future should it prove insufficiently keen to do so at the outset.

Thanks, Scott Walker and the Koch brothers. With so much instability and so much animosity from the state government, you’d have to be totally oblivious to reality to take a job in the Wisconsin university system right now. I wonder if there’s much of a scramble for existing faculty to find jobs out of state? That would be a hard step to take — UW Madison has a wonderful campus and some phenomenal researchers.