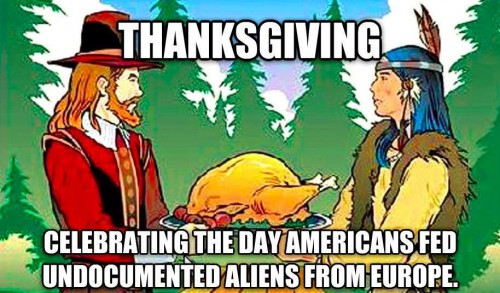 When you think about it, Thanksgiving is a terrible holiday, one of my least favorite. The only good thing about it is that I intend to get completely caught up on my grading over a four-day weekend, and otherwise…we’re having a normal dinner (no turkey, no overeating), no traveling, and we’re not going shopping. I recommend restraint. It makes the day so much more pleasant.

How to kill people with homeopathy » « Whoa, Toronto