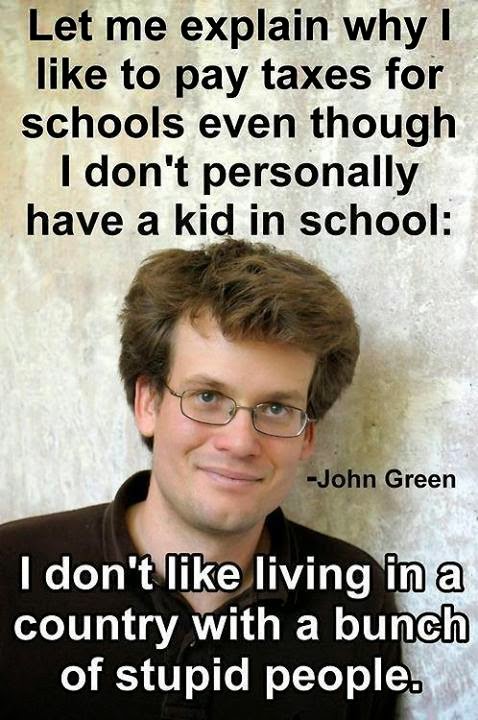 Let me explain why I like to pay taxes for schools even though I don’t personally have a kid in school:

I don’t like living in a country with a bunch of stupid people.

You should have a right to not have babies » « Tonight! In Morris!