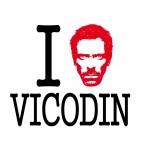 Mary’s Monday Metazoan: A topical topic » « Math with letters is a liberal conspiracy