And good for them! They’ve added a holiday display to the collection in the Wisconsin capitol. 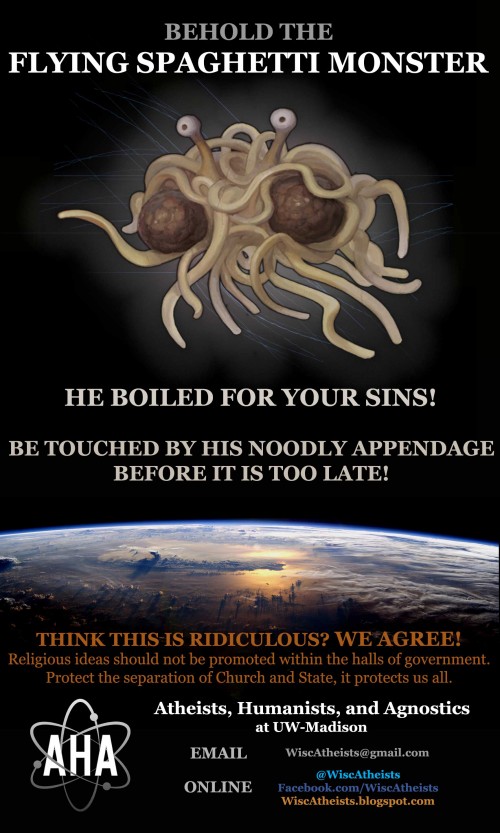 I especially like the message: “Think this is ridiculous? We agree! Religious ideas should not be promoted within the halls of government. Protect the separation of church and state, it protects us all.” That ultimately has to be the point of every atheist group who joins in these absurd exercises in flaunting religiosity — it’s that this is ridiculous, and we’re not going to be silent anymore.

You should congratulate a fine group of students for a job well done. 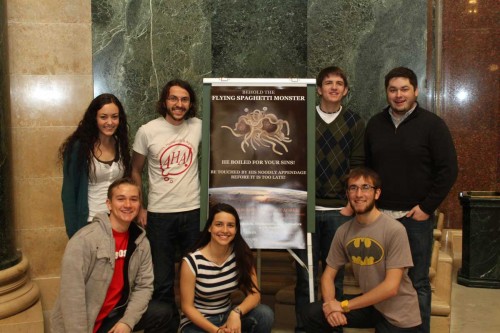 That’s not science, it’s sympathetic magic » « Give me something to look forward to!