This really is a constant problem. I don’t think most theists are stupid, just as I don’t think being an atheist makes you smart, but theists are led to say the most astonishingly stupid things by their abysmally stupid mythology. Ken Ham is probably a smart guy — he’s at least got cunning and business acumen — but when he announces that the world can’t be millions of years old because that would make the Bible wrong, you just have to gawp speechlessly and wonder how someone who can say something that idiotic manages to tie his own shoelaces. 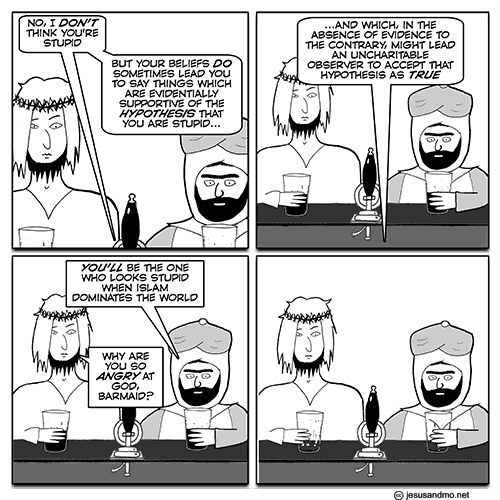 I’ve decided that everyone has brains like swiss cheese, full of holes, but some people have giant, Jesus- (or Mo-) shaped holes in their brains that create huge dysfunctional zones. If you can avoid tripping into their religious cavities, they’re fine…but if you do, hellooooo stupid.

Women at #WiSCFI » « The crucifixion is worse than nonsense