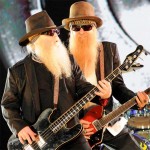 Melba Ketchum issued a press release announcing that she had sequenced Sasquatch DNA. That was back in November.

It stalled out at that point. It turns out the paper couldn’t get past peer review, and no one was going to publish it. We’re all heartbroken, I know.

But now she has overcome all the obstacles, and it’s finally in print! You can read the abstract.

Umm, yeah, I know, it kind of falls apart in the last sentence, but that’s what it says.

How did she get it published?

Well, she says she bought an existing journal and renamed it (the Journal of Cosmology was on the market, and I hoped most fervently that that was it…but no, JoC is still online). So she owns the journal. It’s now called De Novo.

Then she came out with a special edition. It’s Volume 1, Issue 1. It contains precisely one paper, hers.

You should be laughing by this point.

The online journal is a mess. The layout is funky-ugly, it’s difficult to figure out how to actually get to the paper, and when you navigate to it, it’s got a wretched little “Buy Now” button imbedded in a couple of intersecting blocks of color in a hideous table-like layout. It reminds be of the esthetics of JoC.

Anyway, it’s $30 to buy a paper so bad they had to build a custom journal around it to get it published. Not interested.

Botanical Wednesday: rumors of sun and warmth » « Cheesecake and the objectification of men!