Danny Vendramini is a man with a vision…but absolutely no knowledge or competence. He has invented out of whole cloth a bizarre hypothesis that Neandertals were super-predators who hunted modern humans for food and sex. To support this weird contention, he builds up a tissue thin set of speculations, all biased towards this idea that Neandertals were giant, hairy brutes who looked like bipedal chimpanzees, and that were intent on raping and eating people.

If it sounds like the plot for a cheesy SyFy channel horror movie, you shouldn’t be surprised: Vendramini is not a scientist, but he is a “theatre director, TV producer and award-winning film director and scriptwriter“. He has no training in comparative anatomy, ecology, or evolutionary biology, and it shows.

He has written a book titled Them+Us. Here’s the promotional video. Prepare to simultaneously laugh and stand aghast at the abuse of science.

I’m just going to take apart one claim out of this mass of nonsense. He commissioned “one of the world’s foremost digital sculptors”, Arturo Balseiro, to reconstruct a Neandertal skull to meet his requirements. Poor Balseiro! He’s not going to be well regarded in scientific circles after selling out this badly.

One of his hilarious claims is that all other reconstructions have been biased because they’ve been done to make Neandertals look human — but, don’t you know, Neandertals are primates, so they should be made to look like other primates.

Contemplate that last sentence. Humans are apparently not primates, and the analog for reconstruction should not be modern humans, their closest relative, separated by a mere 100,000 years, but a random gemisch of miscellaneous apes and monkeys, separated from Neandertal for over 6 million years.

To support this unlikely comparison, he superimposes a Neandertal skull on the profile of a chimpanzee, and declares that they fit perfectly.

There are a few problems with this reconstruction. To get the slope of the skull’s face to align with that of the chimpanzee, he has completely ignored the position of the foramen magnum, at the base of the skull. In the image to the right, the Neandertal’s spine would be erupting out the front of his trachea. Note also the little details, like this orientation requiring that the chimp’s ears be yanked down to be coming out of his neck, and how the chimp’s neck has to be mostly filled with the bowl of the occiput. It doesn’t fit. It doesn’t fit at all.

You can also look at a chimpanzee skull and compare it to that of a Neandertal (strangely, an obvious comparison that he doesn’t bother to make on his web page). They don’t look anything alike, except in the general sense that they’re both apes. 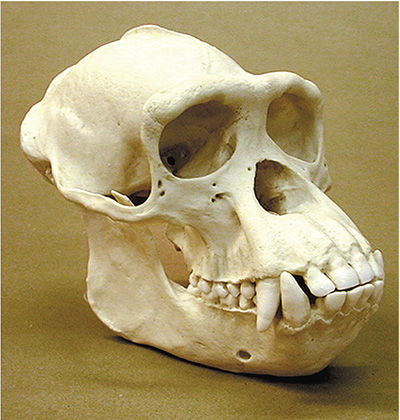 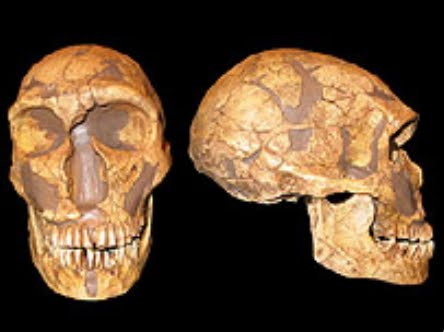 But ignore all that! TV producer knows better.

The Neandertal skull above is actually the La Ferrassie specimen, the very same individual Vendramini uses to reconstruct his version of a Neandertal. And here it is, in all its ridiculous creature-feature glory. 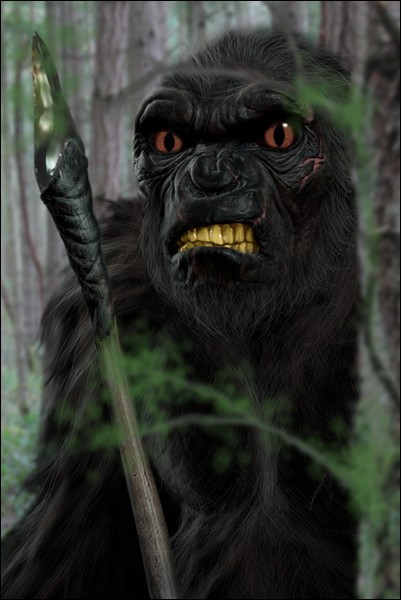 After all that complaining about how those scientists impose their human biases on all the other Neandertal reconstructions, Vendramini just decides on the basis of no evidence at all that they had to have been as hairy as a gorilla, with cat’s eyes because they hunted at night.

Look who’s here » « We have standards, too