I wish I’d had these data yesterday. I gave a creationist-bashing talk, and my introductory slides were intended to show the generally deplorable state of science education in this country. I used some national data, but what would have been more dramatic would have been to use something local and even more extreme. Walla Walla University, a Seventh Day Adventist college, did a survey of student views on origins. There is lots and lots of data in chart form on that page, and all of it is depressing and disgraceful.

Perhaps you wonder how many students think a magic man in the sky did it: 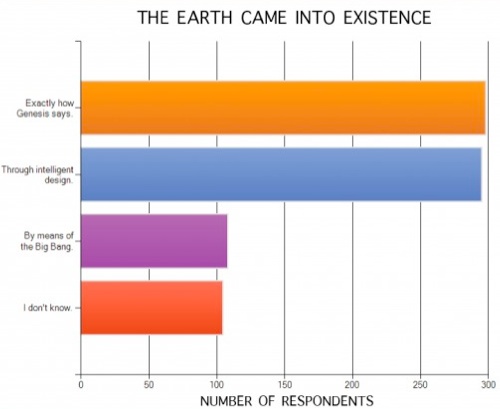 Or how many students stopped learning about science when they stopped watching the Flintstones: 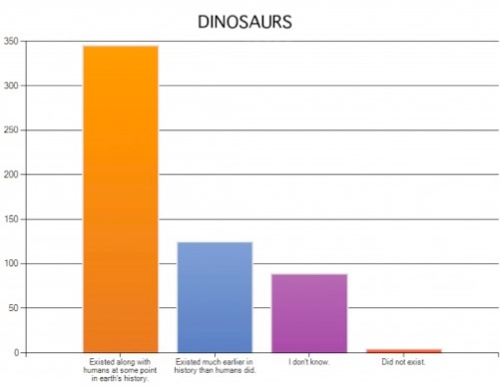 Or whether these devout kids find the clergy sufficient, or have deluded themselves into believing their wacky ideas are supported by science? 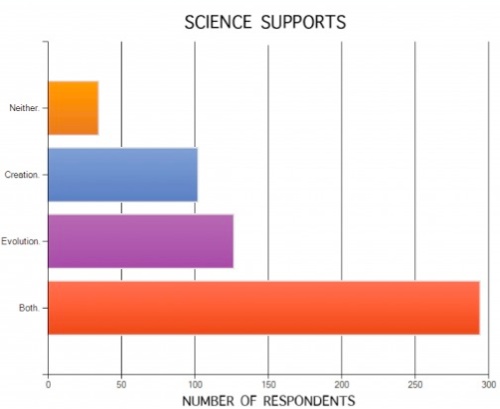 I thought about raging about how WWU wasn’t doing their job as a university (but clearly, they’re doing great as a church), but then I was stopped short — what would a similar survey at other American colleges look like? What does the student body at my university think? I dread finding out.

But I want to find out. Hey, student freethought groups out there, here’s a project suggestion for you all: do a similar survey. Put together a questionnaire, table at your student union and gather respondents, and post the results somewhere. The reward is that you’ll almost certainly make your science professors cry.