Look with your puny camera eyes! Some new specimens of Anomalocaris, the spectacular Cambrian predator, have been discovered in South Australia. These fossils exhibit well-preserved eyes, allowing us to see that the bulbous stalked balls on their heads were actually fairly typical compound eyes, like those of modern insects. 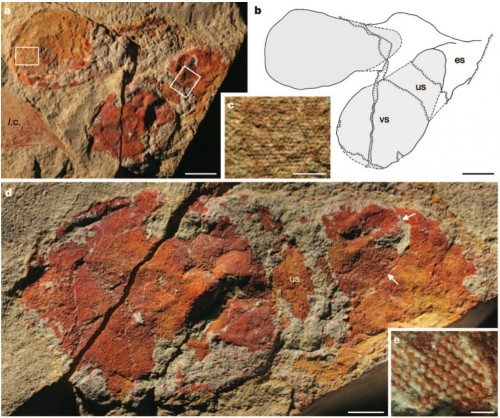 The cool part of this discovery: the investigators were able to count the density of lenses and estimate how many were present in the intact eye. The number is 16,000 ommatidia in each eye, which is more than a little impressive: to put it in context, Drosophila has about 800. The emphasis on high-resolution vision suggests that Anomalocaris was diurnal predator in shallow water.

Oh, and just in case you’re one of those strange beings who isn’t instantly familiar with what the anomalocarids looked like, here’s a video to remind you.