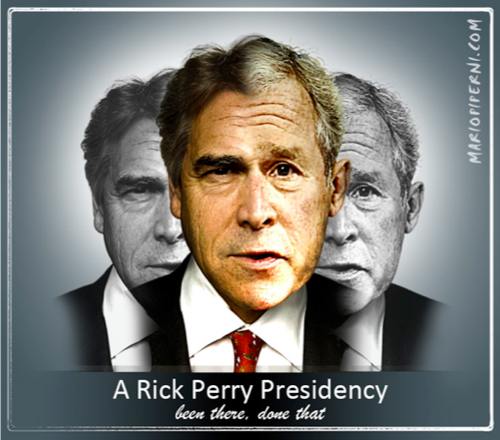 Food for thought: look at Perry’s record and plans. Then consider this: 54% disapprove of Obama’s job performance so far.

We should be very, very scared.

Canadians! » « My eyeballs vomited to protect my brain from ingesting this stuff