So I’m at this humanist conference in Oslo, and I’m having a good time at the delicious dinner with musical accompaniment at the Oslo Opera House, when they start giving out awards to all these fabulously accomplished people who have don so much to advance the cause, when they name me. It was a complete surprise and for a moment I was sure this was a joke, but there it is, it’s even got my name etched on it. 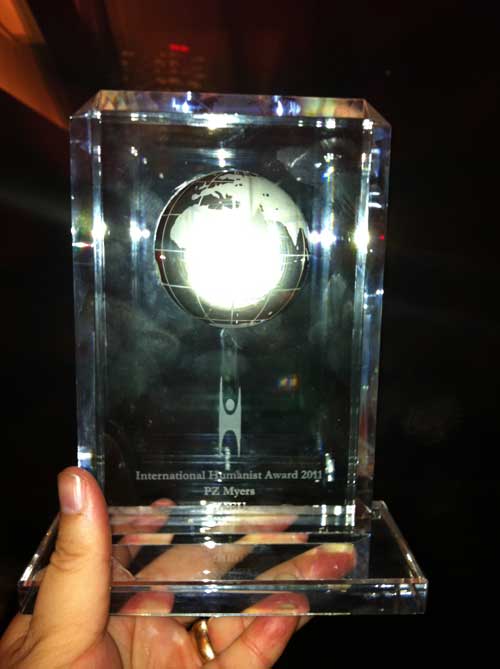 I’m the International Humanist of 2011.

Now if only I were somewhat less discombobulated right now…the several glasses of wine at dinner didn’t help, either.