Humans are just piles of jibbly meat, highly derived structures propping up a primordial worm / digestive tract.  Our overdeveloped sensory processing node/brain wants something more.  In their earliest form, brains would have more basic info to process – dark/light, pain/satiation, things like that.  Is the human desire for a transcendant experience a misguided version of some kinda worm drive, wanting to move into the light inside the light?

Sometimes experiences feel like they’re touching on an abstract higher realm, like getting closer to god or transcendance or nirvana, whatever.  When I’ve felt this it’s usually from music or film, more rarely from physical experience.  It’s kind of like buzzing.  Like if your thoughts are all wave forms and they’re peaking.  Maybe transcendance is just your mind’s wave form hitting a ceiling, like a mistake in audio editing that causes a loud part of a song to turn into an obnoxious rattle.  We don’t like hearing that audio track, but if it had a sense of self, maybe it would feel pretty cool.

Anyway, listening to The Doors veers between wondering why you’re listening to this clownish nonsense and feeling like true magick is about more than just casting spells, maaaan.  I put my finger on the veins of the cosmos and find the pulse uncanny, retract.  Back to work.

In my waking hours, I’m not concerned about COVID.  My household is fortunate to be able to isolate well, we live in a state doing better than most (though one of the worse cities in our part of it), and there’s very promising vaccine news floating about lately.  I think we can hold out ’til the stuff comes available, and while I can feel bad for victims, it’s not a very deep sorrow for me.

But apparently when I’m asleep it’s a different story.  I had a dream where COVID symptoms included hemorrhagic sores, open wounds, and plague-like swelling.  For unclear reasons the bodies of victims were in chopped-up chunks.  Still-living victims were burying the dead in mass graves at the sides of the road while the rest of us drove by.  There was blood soaking the ground in large patches.

India was having some success training animals like monkeys and wombats to help care for children with the disease, which was heart-warming.  I wondered in my dream if I should pay money to that charity, or if it would be better spent in helping research a cure.  I somehow ended up in an isolation cell with one of those plague children, which was sad and horrid, but I half-realized I was dreaming and was able to logic myself out – not fully awake, but to a previous area from the dream.

Somebody wondered on a previous post what a bad dream looks like to me.  This wasn’t the worst, but it was bad.

The title of this post probably makes it sound like it will be more substantial.  No, this a Random Thoughts from Satan post, and not that deep.  I was just looking at the search “Hayden Christensen Movie Trailer” on youtube for laughs, and laugh I did.  But it occurred to me that in “Little Italy” he was essentially doing brownface.

As many people have pointed out, across the world there are varying definitions of white.  To a Persian guy in Iran, he’s white.  To a Berber in Egypt, she’s white.  It’s defined by having somebody darker than you, and usually further south.  So to some Germans, I expect, Italians are not white.  And by that definition, a Scandinavian Canadian with his hair darkened rocking a tan to flip pizzas would be doing brownface…  Although I found out he’s like 1/4 Italian, so *chef’s kiss* mama mia!  Uncancelled.

In all this I caught myself being amused at the cute ethnic stereotypes of the world, which is, I expect, not SJW kosher.  And yet, how can you not automatically be charmed by people with funny accents?  So cute.  One time I was in a basic English class at the community college, while I was reading aloud some depressing stuff I wrote, it prompted my teacher to say “My God man, are you a drinka?”

It was one of the highlights of my life, honestly.  He was so Jewish his name was Murray and he was from Brooklyn, where in the summers it was like a foinace, oy vay.  Freaking delightful.  I wonder, in places less mainstream blando Anglo-American, would my accent charm and amuse?

As an exemplar of the most over-represented culture on the planet, I kinda doubt it.  C’est lavie.  I’ll have to be cute in some other way.  Maybe my taste in shoes…

I had a dream I was Blixa Bargeld of Einstürzende Neubauten fame, though the rest of the band didn’t enter into it.  Me and some artist / drug friends were living in some kind of underground ruin over the course of a few decades.  In later years it also became a brothel and I was arguing with my best friend about allowing caning in the S&M action.  I don’t remember why I opposed it, but my friend the art pimp said we needed it to stay competitive.  The main points of action in the dream were when cops tried to raid us and it turned into big siege situations.  I killed a few cops in self defense and the defense of others, and somehow legally got away with it both times.  Those parts of the dream weren’t bad.  Later in the dream a sad prostitute with a elephant man-like skin condition and semi-liquid flesh started chasing me around and dividing like an amoeba, which wasn’t cool, but not as scary as it should have been.  I woke up to a day off from work, so not a bad time.

This video wasn’t created for late 2020, but picturing all my fellow LGBTQ+ types waiting for election results, here it is:

Content Warning: This could be perceived as making light of gun violence and that ain’t cool.  But I’m an action movie fan, and this came to me in a dream, so I’m obligated to do what I can to make it a reality.  Unless, like, that ain’t cool.  Damn I could use a nap. 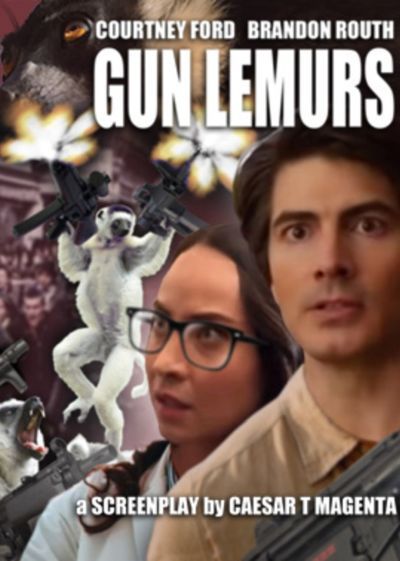 How do you like my screenwriter name?  The T is for Train.