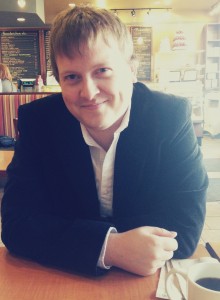 I began my stint here at the Manifesto with a post discussing the current state of gender studies with regards to men and masculinities. That seemed to go pretty well – especially after it was linked to a rather notorious MR forum. Good times were had by all. While the primary purpose of the post was to illustrate how far research into masculinities has come since the early (and embarrassing) attempts of the early 1980s, there was another element that I chose to gloss over. It wasn’t that this topic isn’t important, or that I thought it might bore you all but rather that I felt a discussion about the structure of gendered behaviour would have made an already long post longer. I still think the topic is important for us to take a closer look at though, so buckle up, adjust your sociological monocles*, and let’s drive on ahead into the world of gender performativity.

Traditionally, the concept of gender was pretty much built around the concept of biological essentialism – a woman was a woman because everyone with her genitalia and physiology shared certain intrinsic traits, including mental ones. In the same way, there were some things that were intrinsic to being a man, like being strong, brave, honest, and forthright. Notice that men somehow ended up with all of the ‘noble’ traits. Weird, I know. In any case, being a woman or being a man had everything to do with biology, and the social, political, familial, and even religious roles, duties, and privileges were merely expressions of those innate biological elements. That understanding has moved on somewhat – which is to say that in large part, the essentialist model has been abandoned altogether.** The reason for this move away has been a steady march towards increasing our understanding of the social aspect to the formation and maintenance of gender. Social scientists began to ask themselves, “if gender is biologically determined – if it is hardwired into the human brain and body, then shouldn’t its expression be rather narrow in scope? If there is an essential ‘maleness’ or ‘femaleness’, then shouldn’t it manifest plainly and consistently across national, linguistic, and cultural boundaries? If it does not, then how can it be universal?”

And so, like good little social scientists, the researchers began to examine the question and test it against the evidence available in the world, and after the merest scratching of the surface of gender, it became apparent that while a person’s identity and personality are housed in an ugly bag of mostly-water, the casing didn’t seem to matter as much as once thought. Gender wasn’t some easily quantifiable grab-bag of ‘traits’ that could be identified as masculine or feminine; it was a confusing and chaotic welter of fluid – and often contradictory – beliefs, practices, notions, and behaviours whose value as ‘masculine’ or ‘feminine’ seemed to be not only culturally informed, but historically contingent as well. The notion of essential gender ‘types’ was an illusion. But if gender wasn’t something essential to our natures – if I wasn’t born with a set list of ‘masculine traits’, then how could I understand what it was to be gendered? And then, in 1987, two researchers published a paper that argued that contrary to prevailing attitudes, gender wasn’t something we had, it was something we did.

According to these researchers – Candace West and Don H. Zimmerman – gender could be more accurately described as a type of performance resulting from the interactions of a whole constellation of attitudes, beliefs, ideologies, notions, biological urges, social conventions, and even political and religious affiliations; performances enacted by individuals and aimed at establishing an individual’s place (and in some cases, worth) in society. Picture dozens of big, red arrows all converging at a single point; each of these arrows contains a name or a concept like, ‘religious beliefs’, ‘sexual orientation’, ‘moral values’, ‘biology’, ‘beliefs about human nature’, etc. At the point where they all converge, imagine one of those roiling clouds like the kind you would see on cartoons when characters were fighting. Now draw a circle around that cloud. Those interactions help us to determine what sorts of gender performances we enact. Yep, it’s actually a lot more complicated than that, and there are some serious questions that remain, such as ‘how important is brain physiology in the development and performance of gender?’, or ‘does this framework imply that our gender is determined at least in part by other people?’, but hey, no theory is perfect.

As other theorists like Messner have pointed out, gender performance is historically fluid; the ideal man of 19th century America – the ‘rugged pioneer’ was replaced in the 1950s by the tough, gruff, middle-class everyman, and by the tech-savvy and cosmopolitan Adonis of the 21st century. These archetypes, while alleged to be true representations of the ‘ideal man’, appeared upon examination to be compilations of socially privileged actions and attitudes – performances, if you will. It’s true, some traits have been more deeply embedded in patterns of masculinity than others; men throughout much of the modern history of the West have been expected to be stoic, honest, and brave and this continues to this day, but how those attributes are supposed to be expressed has bent and shifted according to social pressures. The stoicism of the 1950s man – as unemotional and distant from partners and children – has been altered to reflect a more emotional and engaged ‘ideal man’ whose stoicism may now be interpreted as ‘emotional but not too emotional, and loving, but to a point’. A man may show emotion for example, but should not cry at the movies or when a family pet dies; he may be a loving father and partner, but public displays ought to be muted or quick.

As social groups that have been historically marginalized become more mainstream, our discourse surrounding gender becomes more nuanced, and claims of essentialism become more problematic. It becomes more difficult for example to cling to notions that ‘masculinity’ is somehow intrinsic to males the more closely we examine men’s lives.  How can a singular notion of ‘essential maleness’ deal with gay and bisexual men, or transmen, or men who engage in traditionally feminised hobbies or professions, are pacifist, or are stay-at-home dads? Masculine gender performativity can take many forms, and despite protestations to the contrary not one of them is more (or less) ‘manly’ than any other, or at least there seems to be no real way to determine if one is.

Is there a biological component to gender? I tend to think so, I’m just unsure how important it is. We walk around in bodies that interact with other bodies in the world, and those interactions affect us on all sorts of levels; damage to the brain or differences in the brain’s physical structure can alter our personalities and even our concept of self. I don’t dispute that – mostly because it’s not my field and I defer to the experts. But what our society valorizes or vilifies, and how our culture pressures us to behave aren’t biological; nothing in our biology dictates that women shouldn’t vote or that men shouldn’t be caregivers or nurses. If a society says that men wearing robes or dresses, or wanting to stay at home and raise children is wrong or ‘unmanly’, there’s nothing biological there, but the pressures to conform are powerful nonetheless.

Could I be wrong? Probably. Okay, I’m almost definitely wrong about at least parts of what I’ve just said, but that’s the beauty of research; if I’m wrong, it’ll mean that we’ve learned something new. And that’s the whole point, isn’t it?

* Sure I could have talked about wearing our sociology glasses or hats, but monocles are fancier – at least I think so.

** I’m speaking only of the current state of discourse within the Gender Studies field, not of more general social trends – or of other trends in other disciplines of the social sciences or ‘hard’ sciences.

PS: I’m not in charge of moderating comments – that’s the job of the boss. He’s not here, so your comments may end up stuck in moderation. Be patient please.

PPS: Commenter ‘Will’ made an excellent point at the bottom of the comments section, and I don’t want it to get buried in any subsequent comments, so I’m posting it here so that more people might get a chance to check it out. Thanks again, Will!

What? No Judith Butler? Here, allow me!

Extending Austin’s performativity, Butler uses performativity to mean any repetitive and un/subconscious discursive practice that (re)constitutes status and (re)iterates norms. In this way, performativity both produces and naturalizes social categories like gender by enacting norms onto material bodies. The idea that I am a man only has meaning within a socially intelligible framework, and it comes through the performative speech acts like the one I just engaged in (i.e., my announcement that I am a man).

Good discussion and a fascinating topic. =)

Two philosophers walk into a bar… » « Movie Friday: Off the grid