This is the sign hanging in Gelato Mio, a gelato place right next to where Skepticon is currently taking place: 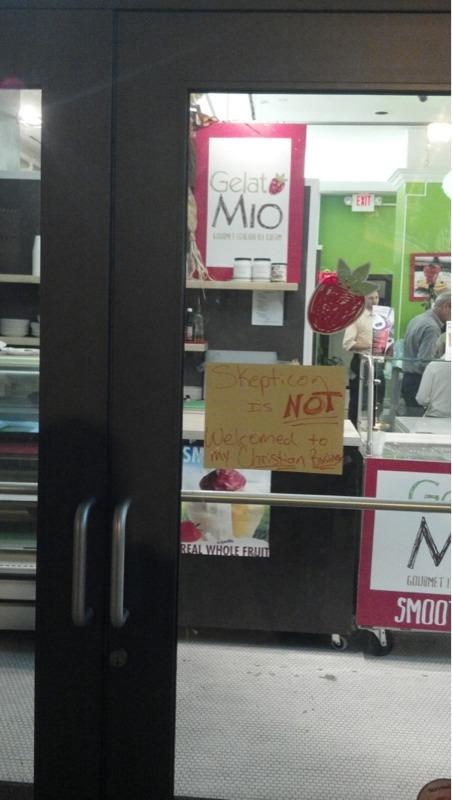 “Skepticon is NOT welcomed to my Christian Business”

Why am I laughing? Because it’s their loss. Other restaurants have been overflowing with Skepticon people buying their food. They don’t want our money? Fine by me.

UPDATE: The gelato place has offered a vague apology. Maybe it’s because they realized their urbanspoon ranking dropped by 60% and that the internet exists.

UPDATE 2: The apology has been updated to actually sound more like a real apology.

What are atheists thankful for? » « Religion is all about peace and love