I just got the print copy of Pathways to Bolingbrook today. Overall, I’m pleased with it. 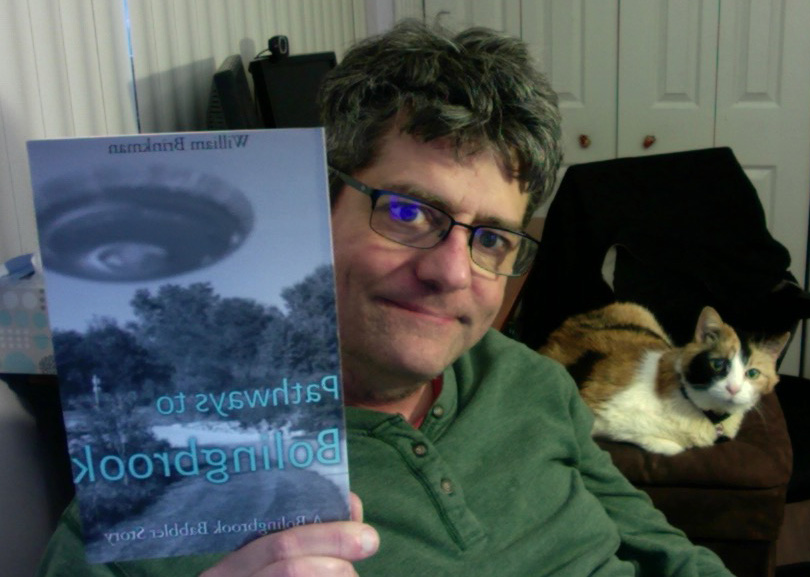 The print version has a preview of my upcoming novel, The Rift. The ebook does not, but it’s free. To find a retailer, you can go to books2read.com/pathwaystobolingbrook.

Palatine police officers arrested a Russian pilot who landed a UFO interceptor at the local McDonald’s and tried to steal its food.

Sue, an employee who asked that we not use her last name, described the attempted food heist: “First I was wondering why all these cars were speeding in the parking lot. Then when I took an order, this guy with a really bad Russian accent demanded all of our food. When I looked at the monitor, I saw he was inside a weird airplane. That’s when I pressed the panic button and quit my job.”

A recording obtained by the Babbler confirms her story. The pilot describes himself as a member of Russia’s Star Strike, a covert branch of the Russian Air Force tasked with protecting Russians from alien attacks. The pilot tells Sue, “Give me all your combo meals, all your Happy Meals, and all your dollar food!  I can pay in lead or you can give me a free discount!”

While most drive-through customers tried to escape, Gary, a recent Russian immigrant, approached the pilot. Gary described the conversation afterward: “I told the pilot Putin was making all Russian people look bad, and asked why he was helping the military commit atrocities? He said, ‘Whatabout’ and listed US atrocities like the Iraq invasion, Afghanistan, and the treatment of Native Americans. I replied, ‘What about this?’ And then I punched him.  I knocked him out. Just because the US has done terrible things doesn’t make it okay for Putin to do terrible things.”

Police officers from the Interstellar Division arrested the pilot. Both the pilot and the craft are at Palatine’s Sherman UFO Base.

According to Sheila Z. Blake, head of the Interstellar Division, the pilot was trying to secure food for Russian soldiers: “The Russian military has terrible logistics. He also has an addiction to McDonald’s food, so that’s another reason.”

Blake added that although the craft flew through air space monitored by Bolingbrook’s Clow UFO Base, Clow officials never warned Palatine officials about the craft.

“This is yet another example of how the war between the New World Order and the Illuminati is hurting Chicagoland.”

Bolingbrook Mayor Mary Alexander-Basta emailed this statement to the Babbler: “This would be a good time to tell your readers which charities they should support if they want to help Ukrainian refugees.”

Will permanent Daylight Savings Time destroy the fabric of Space-Time?
Sentient COVID Virus accepts humanities terms of surrender
Putin vows to liberate the Ukrainian Village from the US
God will not smite Bolingbrook this week

Congresswoman Katie Porter, Deputy Chair of the Progressive Caucus, toured Bolingbrook’s Clow UFO base as part of a fact-finding tour for the Sub-subcommittee for Nuts and Bolts Spending.

“I’m happy to see such a well-maintained Illuminati base,” said Porter to a gathering of staff and alien ambassadors. “I have to remind the other base administrators that spreading global chaos does not mean spreading corruption. Fnord!”

Bolingbrook Mayor Mary Alexander-Basta then praised Porter’s achievements for the Illuminati: “Representative Porter has done more with her whiteboard than someone performing 100 Rites of the Pyramid’s Eye. She’s exposed the greed and stagnation of the New World Order and shown how the Illuminati can make positive changes in everyone’s lives. As a woman of global excellence, I salute you.”

Porter pulled out a whiteboard. “Mayor Alexander-Basta, can you state the reasons why Bolingbrook was one of the last communities to allow garbage toters?”

“Makes sense. I like direct answers to my questions.”

An ambassador from Alpha Centauri asked Porter why the Illuminati wasn’t trying to form an alliance with the Martian Colonies. Porter wrote out the reasons why:

“Your Whiteboard skills are amazing. You should lead a first contact mission.”

A Clow staff member said he was “sort of” asked by Rep. Marie Newman’s campaign why she endorsed a “corporate Democrat” over Newman.

“First, let’s define what a ‘corporate Democrat’ is. Corporations and their supporters love the stock market, right?  And they love to trade stocks, yes?  So a corporate Democrat would love to trade stocks, right? So someone who can afford to trade over $6 million in stocks must really love trading stocks. And if that person also trades in cryptocurrency? Well, that’s the icing on the cake.  Right.  Well, I just described (Rep. Marie Newman). (Representative Sean Casten), on the other hand, doesn’t trade stocks and wants to ban congressional members from trading stocks. Remember, just because someone owned a business, does not mean they are a corporate Democrat.”

When the staff member pointed out that Newman was also a co-sponsor of the bill, she replied, “She profited from stock trading before she opposed stock trading. Go figure.”

Before returning to Washington, DC, Porter praised the Interstellar Commonwealth. “Whenever I get frustrated in Washington, I just remember how efficient and ethical the Commonwealth is. A good government that helps its constituents is possible in this universe!”

I made an appearance with my fellow Freethought Bloggers last weekend. This month we talked about propaganda, how it works, and what it is exactly:

My additional thoughts: Obviously propaganda isn’t limited to certain ideologies, and everyone has the potential to be swayed by it. In college, I got caught up in the arm-chair revolutionary left, and at times I can see similarities in the mindset with Q-anon and Trump followers. Likewise, there were people I knew in college who were swept up in far-Right propaganda.

We touched on getting out of the propaganda trap. It took a while for me to get out. It probably helped that I didn’t fully buy into the Tankie mindset, and that was one reason I had a falling out with the group I was in. I also took the time to find sources I could trust that were outside the bubble I was in. It also helped me to find a new group of friends and discover one of the earliest online communities. Unfortunately, there is no magic pill or method that can reprogram anyone.

Lastly, I think the panel discussed the difference between propaganda and marketing. After the podcast, I realized that one difference is that good marketing is about presenting a product or service to an audience that might be interested. I’m still working on the marketing for my stories, but I certainly won’t be trying to convert Christian Fundamentalists to love them. My focus will be more on fans of the Babbler, FtB readers, and others who might like it. Propaganda, in some sense, is a more sinister version of Marketing that tries to suck you in and keep you trapped. 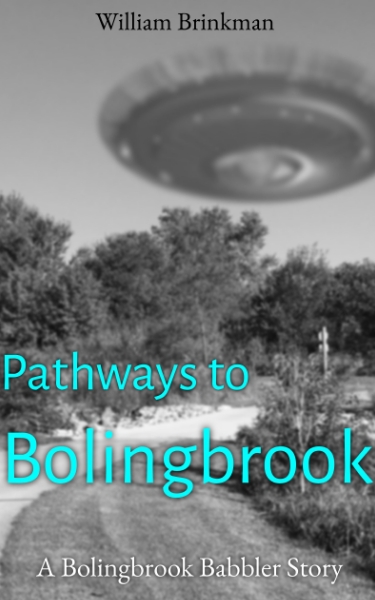 Into the Pathway Village!

I had a productive week as a self-publisher. My short story collection, Pathways to Bolingbrook, is free and available at Amazon, Kobo, and other retailers. If you want to copy, the link will let you select your preferred eBook retailer. While it might have been easier to distribute only with Amazon, I don’t want to be trapped in their ecosystem.

Pathways is a short introduction to two characters, Miriam and Sara, who have important roles in my upcoming series. It already has some reviews:

“William Brinkman’s Pathways to Bolingbrook is such a delicious tease of fantasy, paranormal, and science fiction.”

“A compelling, fun (in a dark, mysterious way…) introduction to the mysteries of Bolingbrook! (…) Looking forward to the next installment!”

The next installment, The Rift, is still on track for release this year. I’ll set the release date once I’m finally finished editing it. Hopefully soon, but I won’t rush it.

I’m also close to assembling a collection of Babbler stories from before I started at Freethought Blogs. Working title is UFOs over Bolingbrook. More details about that one later.

Now back to the redlines!