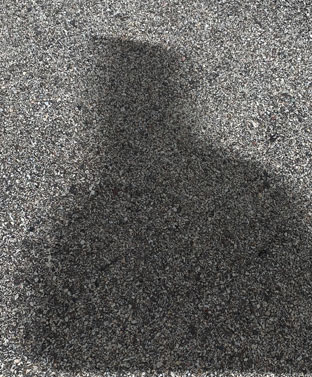 Did anti-psychic energy create this image of blogger Ed Brayton?

Bolingbrook atheists claim that an image of atheist blogger Ed Brayton miraculously appeared in a parking spot in front of the Church of Christopher Hitchens.

“This image is a testament to the power of disbelief and social justice,” said Lynda Z. Ackman, a long time member of the church.  “First, Bolingbrook hosted two Black Lives Matter events.  Second, Mayor Roger Claar stepped down, and was replaced by a woman!  This is the third sign.  It means a new age of social justice is coming to Bolingbrook.  One-party rule will end, and Bolingbrook will be united at last!” 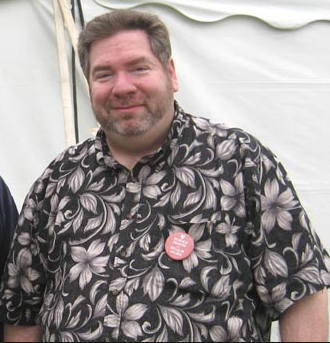 Brayton, who co-founded the Freethought Blogs network with PZ Myers, recently announced that he will be entering hospice care due to various health issues.  He built his blogging career chronicling the religious right’s attempts to undermine the separation of church and state, as well as speaking out against conservatism.  He also claims to be the only person to have made fun of Chuck Norris on CSPAN and survive.

David X. Silverton, leader of the CCH, denies the image is a fake:  “All I’m saying is I didn’t paint that image after hearing about Ed’s situation.  I will say that the image was not painted to draw more people to our outdoor services, and we are enforcing social distancing.  We don’t want to endanger Bolingbrook’s economic recovery with reckless gatherings, unlike certain other religious institutions in our great village.”

Silverton added that the image appearance has inspired the church to place a display featuring atheist writers, like Brayton and Hitchens, next to the village’s annual nativity scene.

“Bolingbrook is a diverse community, and what better way to honor its approximately 19,000 atheists than to have a display honoring Ed?  If they refuse, we’ll sue them.  I’m sure Ed would approve of that.”

One anonymous member of the church had her doubts: “I think a well-meaning person painted this.  Extraordinary claims do require extraordinary evidence after all.”

Brayton said he wasn’t dead yet, and hung up on this reporter.

A receptionist for Mayor Mary Alexander-Basta said she was out of the office:

“I never thought (Former Mayor Roger Claar) would retire.  I thought he would die at this desk and haunt Village Hall.  Well, maybe his political action committee will allow his presence to still be felt here.”

In the background, a man who sounded like Trustee Sheldon Watts said: “A trustee-mayor is an unholy abomination!  Will you step out of your office and let me show you the light?”

A woman who sounded like covert social media operative Charlene Spencer said: “Cut!  Great job!  This is going to be a big hit in Bolingbrook Politics!”