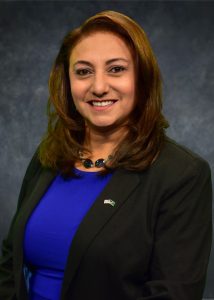 One day after becoming acting mayor of Bolingbrook, Mary Alexander-Basta faced her first challenge when 20 armed protesters tried to storm Clow UFO Base.

The human protesters marched towards Clow brandishing long rifles and chanting things like,: “Masks are Murder,” “COVID is Cool,” and “Lockdown liberals!”

The protesters claimed they were followers of Bolingbrook Resident “Mr. G,” and claim he ordered the “liberation march” on Clow.

“COVID-19 is a hoax,” said a mask-less man who refused to provide his name.  “It’s a fake biological weapon created in China to harm President Trump and help libtards make America suck!  We can’t let the Chinese shutdown Bolingbrook!  We must reopen Clow UFO Base to save Bolingbrook.”

When the protesters reached the sealed entrance, Pete, the leader of the march, demanded that the protesters be let inside.  A woman, who spoke through an intercom, said Clow was under the “Doomsday Directive” due to the pandemic.  Clow, she explained, could only be reopened under a joint order from the Mayor and the head of the “Doomsday Crew.”

“We’re not coming out any time soon,” said the woman.  “Have you seen the positivity rates in Will County?”

“We are protesters,” Pete replied.  “That means we are immune to the hoax Chinese Virus.  We are also armed.  So you have to let us in so you can stand still as we get into your face.”

“No,” the woman snapped and fired a sonic attack at the protesters.  As the protesters recovered, she continued.  “We know what’s going on outside.  Coronavirus isn’t just infecting your lungs and blood.  It’s infecting your brains too!  It’s tricking you into thinking that a virus that has killed hundreds of thousands is a hoax.  It’s making you question germ theory.  It’s convinced you that you can only be free by infecting others!  You think you’re fighting for freedom?  You’re really fighting for the coronavirus.  All of you are a bunch of Coronavirus zombies!”

As Pete and the other protesters yelled back at the woman, Alexander-Basta and Deputy Mayor Michael Lawler arrived with several Men in Blue, and the Clow Special Forces Team.

Lawler said to Alexander-Basta: “Since you don’t get control of the Men in Blue until after Midnight, I’m going to teach you how we handle riots at Clow.”

Alexander-Basta, who was already wearing a KN95 mask, finished putting on protective goggles and gloves.  She turned to Lawler and said: “I got this.”

While Lawler protested, Alexander-Basta walked up to Pete, grabbed an ear lobe, and pulled his head down.

“Young man you are in serious trouble,” said Alexander-Basta.  “You are trespassing on Village Property, and violating two of the 3 Cs.  Your friends are too crowded and too close to each other.  This is the third super spreader event this week in Bolingbrook, and since your name isn’t Roger, I can do something about it.”  Alexander-Basta pulled harder on his ear.  “You and your friends are grounded for the next 14 days.  Do you understand?”

“Would you rather have Michael and the Men in Blue decide your punishment?  He might be inclined to charge you with a war crime for using a biological weapon against our village!”

Pete gave the stand-down order to the protesters and they surrendered their guns to the Men in Blue.

A receptionist for Alexander-Basta said she was not available for comment:

“Now you want to interview her because she just became mayor.  Well, right now she’s in a meeting and can’t be bothered.  Just between you and me, the woman she’s talking to is wearing such a vividly green dress.”

In the background, a woman who sounded like Alexander-Basta said: “Are you talking about The Manual: I’m Right and You’re a Stupid Liar: How To Run Bolingbrook The Roger Claar Way?”

“I’m honored…Oh!  It’s another manual.  You’ve Come A Long Way Baby: How to be a female mayor in Bolingbrook by Mayor Nora Wipfler.  I don’t know what to say.”

“Then listen to our warning:  Beware of ambitious men and the woman who support them.”

Further in the background, a woman who sounded like Charlene Spencer, covert social media operative, said: “Okay Sheldon, what are you going to tell Our Revolution Bolingbrook?”

A man who sounded like Trustee Sheldon Watts said: “I have concerns about Amazon’s treatment of its workers.”

“And what are you going to tell the Bolingbrook Jaycees?”

“Are they still around?”

“I will not let Cancel Culture cancel Bolingbrook’s economic development.”

“You’ve got this Sheldon!”