In a cooperative argument, you should never* explicitly refer to logical fallacies.

This is a point I’ve made several times before, especially in my How To Argue post.

In a cooperative argument, you don’t want to antagonize the person you are arguing with (“interlocutor” is the term I would use).  After all, your goals are aligned.  You’re both trying to figure out the truth.  And if you tell your interlocutor that they’ve just used a logical fallacy, I think there’s something inherently antagonizing about that.  It’s like telling them not just that they’re wrong, but that they’re wrong in a particularly predictable and trite way.

END_OF_DOCUMENT_TOKEN_TO_BE_REPLACED

A powerful way to convince people of a policy, is to get them to believe they understand the policy’s disadvantages. People believe they understand the disadvantages of nuclear power: radioactive waste, and the possibility of catastrophe. Skeptical/sciencey people tend to think these disadvantages are small, because they know people often give too much weight to highly unlikely outcomes. But in fact, the main thing holding back nuclear power, is that it’s not economically competitive.

Public understanding of nuclear power is based on decades of political debate, with one side arguing that nuclear power is much cleaner than the alternatives, and the other side pointing to catastrophes like Chernobyl or Fukushima. I recall being taught these advantages and disadvantages in grade school science classes. They were also encoded into Sim City. But in the real world, the advantages and disadvantages of different energy sources are not timeless. They depend on the details of the technology. It is not possible to understand a complex and ever-changing issue based on what you were taught in grade school.

If you take nothing else away, I would like to at least persuade you of this: a) you don’t understand the disadvantages of nuclear power as well as you thought, and b) your position of “more nuclear power” should be updated to “nuclear power is an option that experts should consider”.  If you’d like to learn more, read on.

END_OF_DOCUMENT_TOKEN_TO_BE_REPLACED

Sci-fi/fantasy author Gene Wolfe died last week. A shame, because I read and liked many of his books. I read nine and a half of his books (about seven years ago, so cut me some slack if I get anything wrong), and I’d like to reflect on them.

Gene Wolfe is best known for his tetralogy, The Book of the New Sun, and that is how I was introduced to him. It takes place in a post-apocalyptic sci-fi universe, but society has regressed so much that most people only understand the world around them through the lens of fantasy. The narrator, Severian, grew up in a torturer’s guild, but he breaks the rules by allowing a prisoner to commit suicide. Rather than punishing him, the guild sends him off to take a position as executioner in another city. After a long string of adventures Severian eventually becomes the Autarch, the nation’s ruler (no spoiler here; Severian says so in the first chapter).

But I think that what makes these books special, is not the plot itself. Rather, what makes the books special is how they invite the reader to pay close attention, make connections, and ponder the nature of narrative.
END_OF_DOCUMENT_TOKEN_TO_BE_REPLACED

Because I recently discussed a blog post from March 2013, I was wondering what *I* was writing around the time.  So here’s a blog post from that period.  Please note that my opinions from six years ago do not necessarily reflect my current opinions.

One of the more tedious arguments concerning gods is the argument over who has the burden of proof.  Whereas many atheists argue that the theist must first make the argument for the existence of gods, their opponents argue that this is a cop out.  For example, on NY Times:

Contemporary atheists often assert that there is no need for them to provide arguments showing that religious claims are false. Rather, they say, the very lack of good arguments for religious claims provides a solid basis for rejecting them. The case against God is, as they frequently put it, the same as the case against Santa Claus, the Easter Bunny or the Tooth Fairy. This is what we might call the “no-arguments” argument for atheism.

I take the side of atheists; I think theists have the burden of proof.  This is not about giving atheists an unfair advantage in the debate, nor is it about making a “no-arguments” argument.  In fact, I do not believe it is an advantage, fair or otherwise, at all.  It’s simply about who takes which role.

END_OF_DOCUMENT_TOKEN_TO_BE_REPLACED

Something I now feel comfortable venting about, now that my PhD is over a year behind me, is their timekeeping practices.

At some point in the middle of my PhD, they started requiring that we record hours.  I (and other students) were pissed off about this, because we weren’t being paid by the hour, we were on fixed salaries.  Being salaried has the disadvantage that your employer pressures you to work long hours, because they know they don’t have to pay you overtime.  Being paid by the hour is better, but has the disadvantage that you have to record hours.  By making us record hours, while keeping us on fixed salaries, we were getting the worst of both worlds.

Once we actually started recording hours, it was even more ridiculous than we initially thought.  It was not possible to record accurate hours–the maximum number of hours I could record was about 20 hours per week.  This was supposedly because I had a “50% appointment”, meaning that half of my time was devoted to my position as a research assistant, and the other half devoted to being a student.  Which was not accurate by the way.  I wasn’t taking any more classes at this point.

END_OF_DOCUMENT_TOKEN_TO_BE_REPLACED

A few days ago, scientists announced the very first real image of a black hole (as opposed to one of those “artist’s conception” images that you see everywhere). 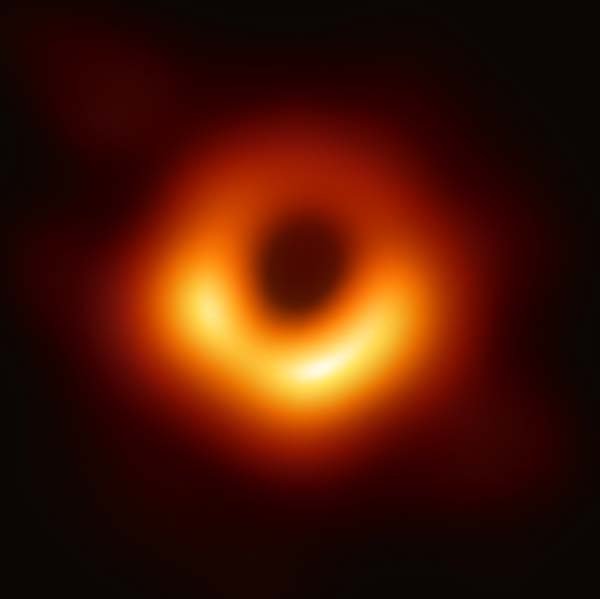 This was a very nice surprise, because I was not aware any such project was underway, and I would have thought the obstacles were too great.  The main problem with imaging black holes is that black holes are really far away.  You would have to “zoom in and enhance” many many times to get the image above.  Let’s compare it to other examples of extreme zooming.

END_OF_DOCUMENT_TOKEN_TO_BE_REPLACED

First, some local news.  FTB got rid of ads!  At some point we’re going to start asking for crowdfunding to cover server costs.

This month, I published several articles on The Asexual Agenda.  Most of it’s not legible to general audiences, but I would at least plug Ace Exclusionists and Gender.  Ace exclusionists are an anti-ace Tumblr faction, our very own version of TERFs.

Useless Vanity.  Or Not. – Crip Dyke shares a personal narrative of how she became one of the early activists of transfeminism in the 90s, starting out in anti-domestic-violence activism.  We are honored to have Crip Dyke here with us.

Queer Tropes in Video Games (video) – It’s a three part series by Feminist Frequency!  I think this follows the usual pattern of Feminist Frequency videos, of explaining points that are very well established, but are nonetheless important to explain because a lot of viewers aren’t necessarily familiar with the issue.