PZ Myers recently linked to a postmortem of New Atheism written by a Jacob Hamburger, and offered his own postmortem. I looked around and it seems this is a bit of a genre, with articles appearing in The Stream, Slate Star Codex, and The New Republic.

I also wrote my own postmortem, when I finally quit atheist student groups in 2017. I would identify the problem as a lack of organization, and lack of ambition to do better. But perhaps that’s symptomatic of a movement that was simply failing to engage people, which could itself be symptomatic of even deeper problems.

I don’t think anyone really knows what caused the death of New Atheism, but it gives everybody an opportunity to raise their favorite grievances about the atheist movement, and pretend that’s why it really died. It’s fuuuuuun. Let’s look at what people are saying.

END_OF_DOCUMENT_TOKEN_TO_BE_REPLACED 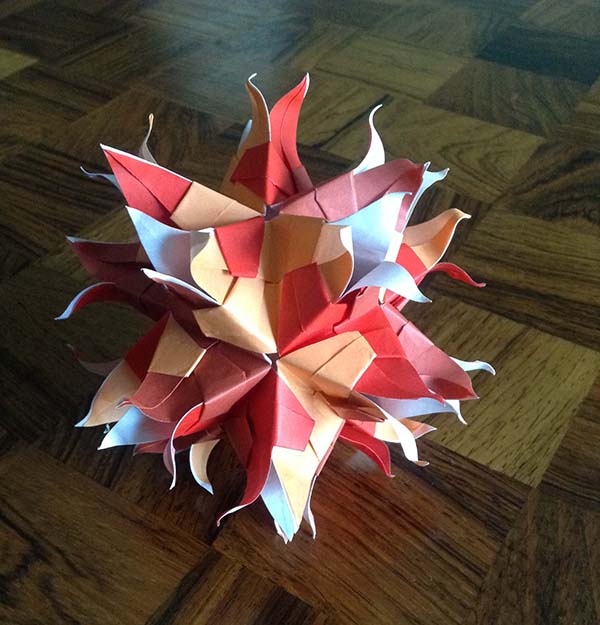 Life Inside, designed by Ekaterina Lukasheva

Ah, here’s a lovely origami model that I have not yet shared.  Not much to say about this one.  It’s a 30-unit model with icosahedral symmetry.  I used 3 distinct colors, and the petals are curled with a toothpick.